the world is about to crumble, but it’s okay. we made it this way. that statement isn’t cynically driven. really. and for the demise of the world, i blame the invention of cement.

nothing in this world is ever concrete. ideas, hopes, dreams, emotions, and even concrete itself. they breakdown, morph, and adapt. everything simply changes, not necessarily for the better, but because they’re pressured. fluctuations live in everything.

if cement was never invented, we’d live in a world covered with endless forests and would even become an entire civilization of tree people. we’d worship the same gods, we all know and love, yet there’d be no upper class middle class and lower class. no one would have a fancier adobe house with a swimming pool and 3 bathrooms. it’d all be made of shit and mud. if ever there was a thunderstorm, our houses would crumble, but we’d know how to build it again. we’d lose everything we had inside, but realize after the first tme we lost our shit-houses, that materialism is futile. we might not drive around in fancy cars or anything, but why would we have to? global warming wouldn’t even be a concern. 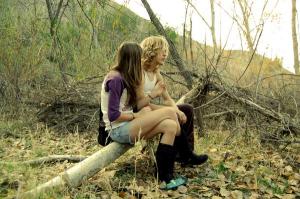 empirically speaking, that’s not possible. we humans possess, devour, and destroy. so i think it’s okay this world sucks ass the way it does, like it always has.

you can’t have it all.